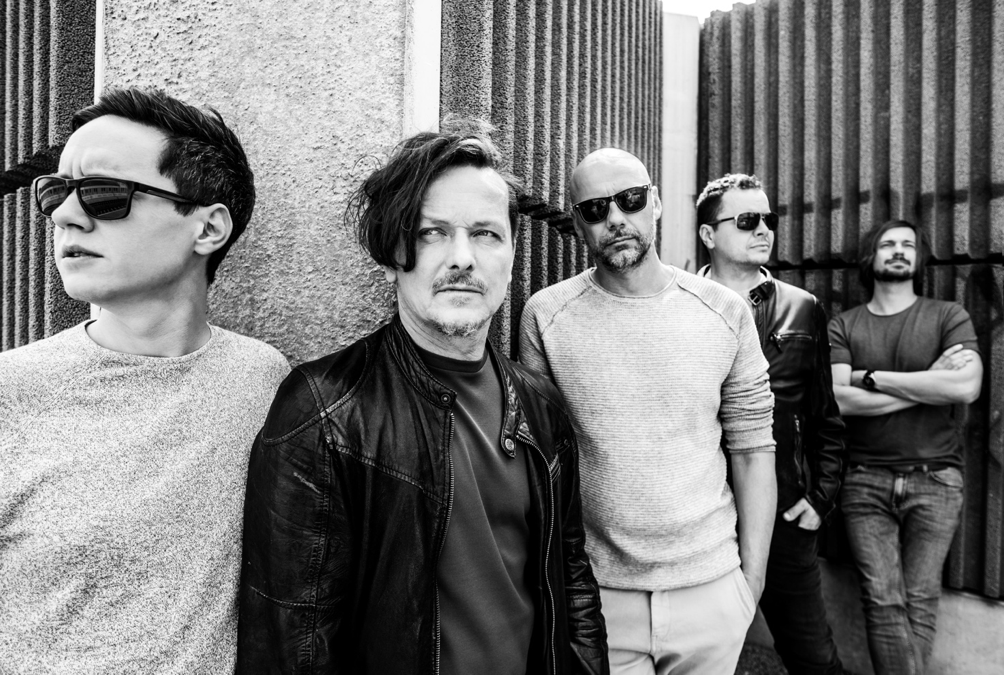 The songs were written backstage, with just a little happiness. Chinaski set to release their 11th album, along side brand new line-up.

One of the most popular Czech bands Chinaski released their 11th studio album. The awaited record created by the group surrounding singer Michal Malátný was recorded by a brand new line-up of musicians and fittingly named “11”. Despite the release date being set for the 4th of October, fans who have visited the release parties on 1st and 2nd of October in Prague and 4th of October in Brno did have an exclusive opportunity to grab an early copy. A large venue tour in support of the album will take place next year – being one of the reasons for limiting their summer performances. Tickets for the 2020 tour with dates in Ostrava, Olomouc, Brno, Jihlava, České Budějovice, Pardubice, Jičín, Liberec and Prague are available through the TicketLIVE network. Admissions include a digital download of the newest album.

It has been nearly 25 years since their first album release and they have worked with nearly any studio and producer possible. However, for Chinaski, this experience has been very different. “Most of the songs were written around dressing rooms at our gigs. Just on acoustic guitars, while spending quality time together. It all has a very band-like and party-like atmosphere. I think it’s our strongest album and I’m really happy about it,” says singer Michal Malátný.

The album was mostly recorded in Prague, Mikulov, Munich and London. Despite benefiting from the producing experience of german-based Reinhold Mack (Queen, David Bowie) or UK-based Sacha Skarbek (James Blunt, Adele, Miley Cyrus), the band mostly tried trusting their own skills. “Previous albums saw a lot of detailed production and arrangements. This time, we didn’t try adding any producer ‘magic‘ and just made it all easier, followed the meaning and the lyrics. That allowed the record to sound much more like the real sound of the band,” says Malátný, while pointing out that all members of the band participated on writing & arranging the album.

“This time, they weren’t only my lyrics. I started working with Slovakian poet Vlado Krausz, who gave us two beautiful texts. It was especially the first song ‘Schody‘ that gave a theme to our record,” says Malátný.

With the new line-up, Chinaski has played more than 130 concerts and has confirmed their position as one of the most successful bands in the Czech republic – filling clubs, small & large venues, as well as headlining festivals. They plan to maintain their position in 2020, thanks to their large venue Czech tour. Chinaski has also announced a symbolic performance in Jičín, which will take place o 26th of November – on the 25th anniversary of their first album release, which took place the exact same place.